When I first arrived in Mannheim, my mother’s childhood home, my emotions were whirling. My daughter asked if we needed to worry about coming into Germany as Jews, and I assured her that we were perfectly safe. Yet I, too, was feeling a little strange, even though I also felt comfortable. I spotted my brother and my parents just as we were pulling up to the Maritim Hotel. I had a warm familial feeling inside of me. But when I returned our rental car to the main train station in the city, My mind flashed to black and white images and videos, which up to that moment, were the only way I had seen Germany. I kept hearing a voice in my head saying, “This country tried to annihilate my people,” and every face I saw as I walked the streets back to the hotel, I pictured in uniform. 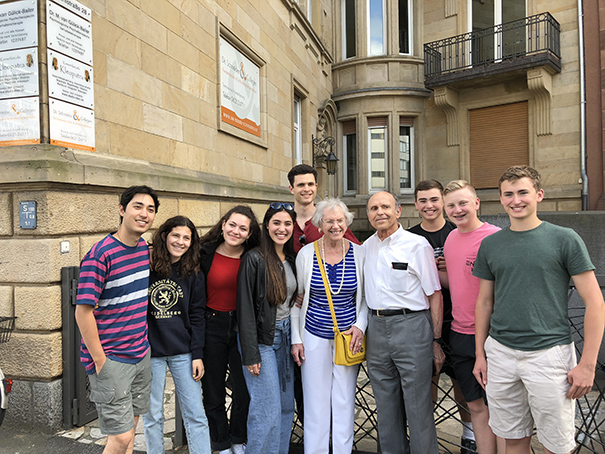 That feeling did not last very long, however. As I looked closer into the faces of those who passed by me, I realized that the people living in this city (and all others in Germany), were two and three generations removed from those who perpetrated crimes against the Jews. The German people have come a long way over the last eight decades, through reparation, through commemoration, and through education. The Germany of 2018 is not the Germany my family left eighty years before. I reflected on the fact that two of my twenty-something-year-old nephews were opening a cafe in Berlin. I thought about the power of returning, as a Jew, like them, and be accepted and welcomed, not just as a Jew, but as a human being. 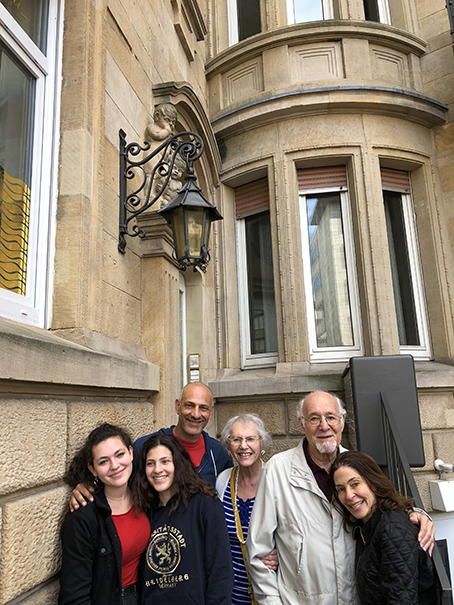 On Sunday, June 24, 2018, I sat in the social hall of the Mannheim Synagogue, listening to performances of some of the music written by my uncle, Dr. Samuel H. Adler, who was being honored by the city of Mannheim and the synagogue, for his accomplishments in contemporary music over the last six decades. The social hall was then named for my Uncle Sam, and in the sanctuary there was also a plaque for my Grandfather, Cantor Hugo Ch. Adler, who was the main Cantor of the Mannheim synagogue from 1920-1938. Shortly after Kristallnacht, my mother and her family left Germany and found their way first to New York, and then to Worcester, Massachusetts, where he served as Cantor until his death in 1955. I can’t imagine that my grandparents Hugo and Selma could have foreseen that 80 years after they were forced to flee Germany, their two children, four of their grandchildren, and all nine of their great-grandchildren would return to that very spot where they lived (28 Collinistrasse – see picture) to honor their son, and yet there we all were. 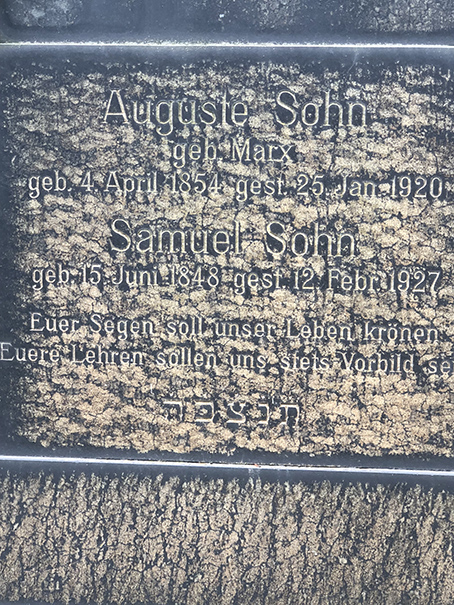 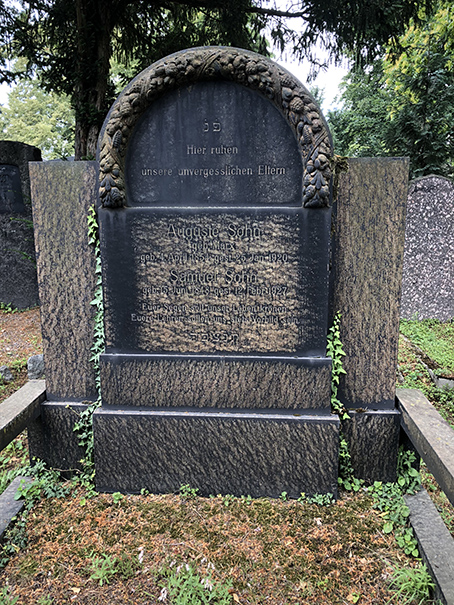 We visited the graves of my great-great grandparents, Augusta and Samuel Sohn. On it was written a phrase that said future generations would continue the lessons they taught. As we were leaving, my daughter reflected that she does feel as if she is carrying on the lessons we have taught her, and I believe that inside of those lessons were those given to me by my parents, and their parents, carried through the generations, and that in those lessons is a kernel of what the Sohn’s taught to their children. At that moment, standing in a cemetery of Mannheim, Germany, my ancestors’ home, I understood even more strongly the power of L’dor vador, the sustenance of generations.